This is a dual-node system: each server has access to 12 NVMe SSDs via x4 PCIe Gen 4 lanes for optimum performance.

The enclosure contains two hotswappable server modules. Each of the server modules includes an AMD EPYC™ CPU with two x16 PCIe v4.0 and one OCPNIC 3.0 PCIe v4.0 add in card slots, and up to 8 DIMMs. The VSS2249P fits into an industry standard 19” wide by 1m deep rack. Its flexible configuration allows it to be deployed in a variety of applications. 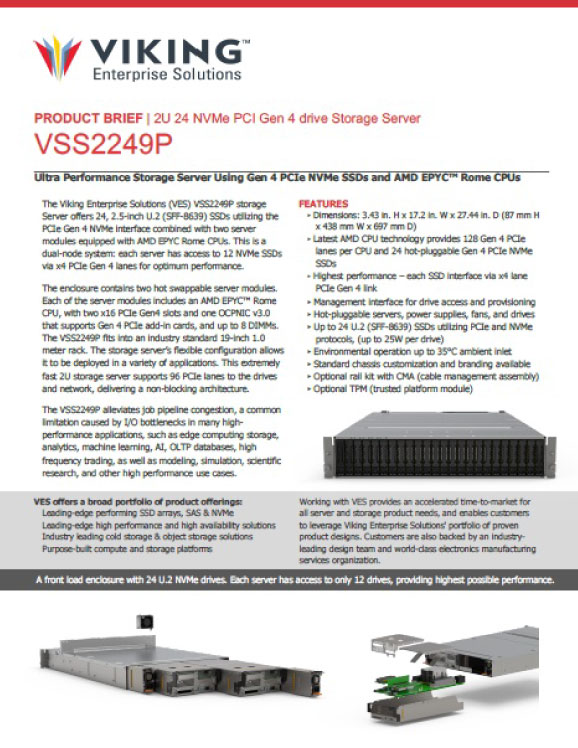